There is so much talk every day about carbon, but what actually is carbon? How big is it? What does it look like?

Carbon is everywhere and yet invisible. We are partly carbon. Having researched it, we’re unclear where it originally came from, but one chain of thought is that it came from a collision with a small plant 4.4 billion years ago. This deposited carbon on a then formed planet earth, and now 4.4 billion years on it’s the talk of the planet.

The carbon we talk about is mainly being released into the atmosphere by our need to generate energy. This is normally done by burning the product which releases the carbon. The really scary bit of this has been the amounts we are releasing.

We talk about tons, but we should also consider the volume of what’s being released:

One gallon of petrol – where did that 1200 gallons of CO2 come from?

Take one gallon of petrol. When combusted it produces 9 kg of carbon. Visualise 1200 gallon bottles and this is how many containers it would take to hold the volume of 9 kgs of carbon! 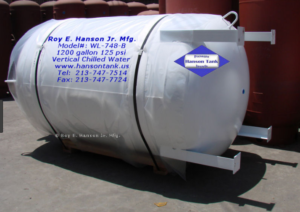 If you stood next to this tank it’s about 6 ft high and holds 1200 gallons.

One ton of carbon – why can’t my neighbour or I get into our apartments?

So, everyone talks about carbon in tons like it’s a kind of throwaway sum.

It would take an average of 110 gallons of petrol to create a ton of CO2. Did you know a Boeing 747 burns one gallon a second?

Have a go at working this out on the calculator below which was created by Carbon Footprint Ltd:

A few suggested ideas are:

We have to find a way to reduce and manage our carbon consumption now. This is part of the role of a property management company as well as being the role of every single one of us on the planet.

Each one of us taking little steps can have a massive impact.