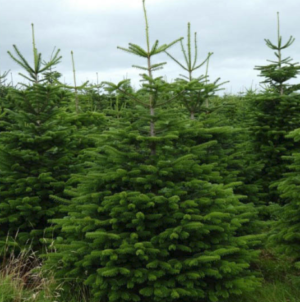 Did you know, we buy around six million Christmas trees each year? That’s £300m! In weight terms that’s around 160,000 tonnes with 80% of these being the now popular variety of “non-drop” Nordmann Fir Christmas tree.

But what do you do with your sparkly Christmas tree after the fun ends and January begins? Well, on the sixth night it has to come down. This is when our cleaners start to complain. They vacuum a corridor, to then be followed by a “non-drop” Nordmann Fir which has clearly sold itself on a lie and a pile of pine needles leave a trail to the bin room.

We do our best to get the trees collected and recycled but some residents think it’s acceptable to dump trees on roads outside the buildings. If a Christmas tree gets sent to landfill by the council it costs them around £2.32 in fees and taxes. The better route is to turn that fibbing fir into chippings (that will teach it a lesson!).

If a tree ends up in a landfill it will create 16 kg of carbon dioxide adding to your carbon footprint. This is still way better than the artificial trees which would need to be used for more than 20 years to simply offset the energy consumed in making them. Not to mention these cannot be recycled.

People often think it’s a bad thing to chop down Christmas trees but they, just like vegetables, are grown and farmed for this reason. Also, whilst they are growing they are consuming carbon and emitting oxygen.

So, the moral is buy a real tree and be nice to the cleaner in your building by wrapping it in a few bin liners to catch the needles before taking it through the building.